Understand how to get paid to play games? 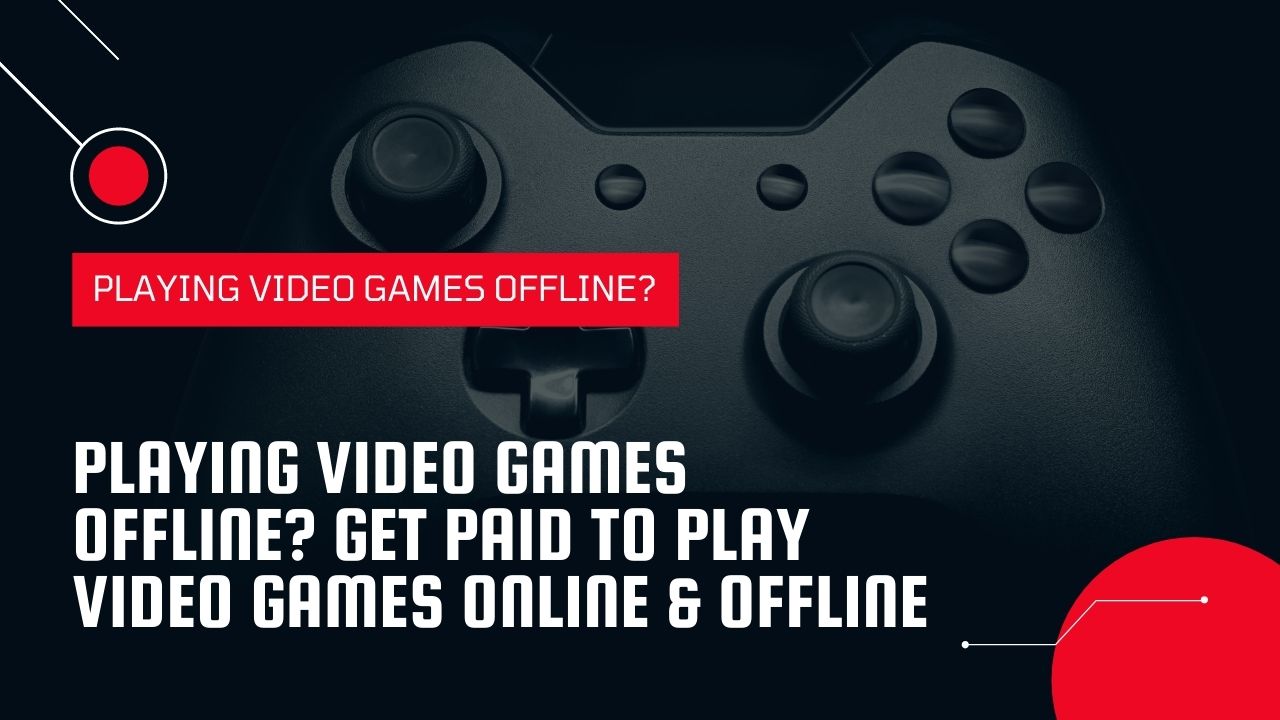 Video games are one of the main sources of entertainment for Americans and people in many other countries around the world. Almost, 43% of U.S. adults say they sometimes or often play video games offline, on a cellphone, game console, or TV. Whether they play offline or use some type of device for playing these games may vary by age and gender. But the talk of the town and real thing to consider if you get paid to play games, something that you could not think of until sometime back. And the ultimate point is, can you actually make living playing video games online? The answer is “yes”. It may be a good idea to have a passive income and get paid to play video games, but you have to be really knowledgeable and vigilant if you want to earn your living and how to get paid to play video games

How much are you paid?

Online gaming is very popular among teens — especially teenage boys. More than 8 in 10 teens (almost 85%) have a gaming console at home or has access to one. When it comes to gender involvement, men are more into online gaming as compared to women. This is primarily the case among young adults: 72% of men between the age range of 18 to 29 play online games, compared to 49% of women in a similar age group. Both genders, irrespective of age can on average make $10 to $200 per hour. It actually varies site to site and game to game as to how to get paid to play video games. Some pay for sign-ups, some for testing games and providing feedback. On the other hand, some pay for visiting their site on regular basis and few others pay for playing certain games with a computer or a visitor. The result is you are rewarded real cash straight into your account or in-kind like virtual coins, coupons, or points that you can redeem for real cash.

Why should you play?

These days’ people socialize by playing online games as they cannot move about freely due to COVID-19. It is estimated that by 2022 gaming industry will not be less than 200 billion dollars that would overtake the combined revenues of the film and music industries. Among various genres “strategy” and “puzzle” games are the most popular ones; almost 62% of online gamers play these followed by adventure, shooting, role-play, racing, and simulation categories. You should be playing these games not only to enhance your vocabulary, knowledge, mental alertness, or just for brain tease but to earn good money as well. Playing an online video game is also a very good exercise for the brain as well. These games are exciting and tingle your creativity. Plenty of online games are available on the play store for both mobile platforms. It is very difficult to make out which game is good and which one is bad from its title.

After getting to understand that one can get paid to play video games we must also understand how we can get started for doing so. It is one of the newest ways to make money online. You can game & earn so Let’s start…!!

At Swag bucks, you can (erratically) earn credits, also called “Swag bucks”, for the things that you are already involved in online. It presents word and arcade games to its visitors and one can get paid to play video games here. Here you can also make money by taking surveys or shopping, searching the web, referring friends, and many more other things. Swag bucks can be redeemed for Amazon gift cards, rewarding coupon codes, and several other wonderful prizes, or maybe converted to cash, which can be transferred to your bank directly or PayPal account.

Exodus 3000 is one of the most popular online multiplayer games. Your job here is to find “Mars Dollars” (which also is the currency of the game) and minerals. This game takes you 1000 years ahead from now and depicts our earth as unsustainable due to catastrophic events. You can collect Mars dollars by attacking other gamers, mining volcanoes, and searching ruins. You may encash it after reaching a sufficient amount in the form of real money. Signing up with Exodus gives you a welcome bonus of 5,000 free “Mars Dollars”. And the exchange rate is 300,000 MDs for 20 Dollars. Don’t you get paid to play video games?

Anyone who likes card games likes Rummy no end. Undoubtedly, it is one of the most interesting card games. Now you may play it online and can earn a handsome amount of money. Mind you guys, this is my personal favorite also. PlayRummy is the positive answer to the most frequently asked question of yours, “how to get paid to play video games”? You must give it a try and keep my share of earnings.

Imagine 2 million-plus active members, using 3D avatars to interact with one another on Second life, one of the leading online gaming sites. As per one of the CNN journalist Anshe Chung, a prominent virtual avatar on this website claims to be the first online character with a net worth of over US $1 million. The active members here play games based on real estate trading (virtual properties). Additionally, one can engage themselves in activities like gadgets, creating & selling content, clothing, and performing musical concerts.

This contest-based website has more than 25 online games on offer. Here, you can play against other members & visitors by selecting the game of your interest such as Family Feud, Bejeweled 2, and Zuma. Surprisingly, they pay about & around $250,000+ in cash and in the form of other rewarding prizes every day. Besides, playing games you can also earn money on this website by taking surveys, reviewing games, and trying different products.

If you had doubts about how to get paid to play video games and make real money from them, they are cleared by now. If you get paid to play video games and earn good money is definitely a win-win situation for both. These online games not only entertain, improve your brain activity but also help you earn passive income. It does not matter what is being used for playing or browsing, PC or console or may be a smartphone you earn real money out of it. So the next time you fire up that game to play, remember that you are making some money in the process. Good luck friends…!

Can You Really Make Money Playing Games? We...

How To Make Money Online With Zero To...

15 Ways to Make Passive Income in Your...