Let us discuss how social media and gaming co-exists from children to adult lifestyle. When the pandemic started, there were a lot of things to worry about, and one of the most challenging conditions to come to terms with was to remain trapped in our home for weeks and even months. However, the ones with lifelong video game interests converted this challenge into an opportunity. Many of us don’t understand that online gamers have a community on the other side of the screen, which makes it an easy option for them to remain glued to the games for hours, even when sitting alone. The Gamers are not virtually isolated because, in most cases, they are playing with somebody.

How social media and gaming are lifeline for today generation?

With the advent of social media and its proliferation, gen Z has perfected how to develop communities in and around online games. There have been several news and reports on how some online games or video games can be a potential threat to your personal information, which is why the communities around these video games are getting popular. The gamers, or in all fairness, the serious gamers, do not compete with strangers but have an enduring relationship with the people they are getting involved with.

Social media and gaming do exist in kid’s lifestyle.

Most parents, as can be imagined, have hollered to the children to stop getting involved in playing games and to actually go out and play. While physical games have their own merits, in video games or other online games, children are not just blankly staring at the screen, unlike what many other people may think. Children indeed need to converse with each other and have meaningful discussions to grow. With the pandemic in place and social distancing becoming the new normal, there has to be an alternative just like the schools, colleges, and even the offices that have delved into the digital sphere.

For most well-meaning parents, online games seem like a waste of childhood because it is not what they had done in their younger days. They do not understand how a keyboard, headset, controllers, or screen can be interesting compared to actually going out and playing with other humans.

The only way to make your parents or elders understand that not all online games are bad is to make them a part of it. In an age where long-haul social distancing is getting normal, and there are more mental strains than ever, these games can be the right tools to bring in some relief in everyday hustle-bustle. But when you are introducing a video game to your parent, it is presumably tough for them to understand how a controller works or how to respond to a headset while playing.

But there has been an exclusive growth in the online gaming industry during the pandemic because it is not just entertainment but has also served as a source of passive income! Millions of people all across the globe have taken resort to Netflix, zoom charts, and video games. The outside space gaming seemed like a story from another life! Simple mobile gaming apps such as Among Us and the Jackbox games have seen huge popularity. On the other side, classic games like Pictionary and memory games have found their way back into everybody’s living room. In short, gaming has skyrocketed in 2020 and has reached even the biggest snobs of digital games. A study showed that four out of five consumers in the US have played video games in the last 6 months. The explosive growth confirms the point that online games can serve as a much-needed break from the negativity all around us and also create a connection in the age of isolation.

There were times when online gaming and social media did not have a coexistence. Today it is the strongest medium for communication and sharing games and its prerequisites. Online gaming has practically become a networking base for all the like-minded people. 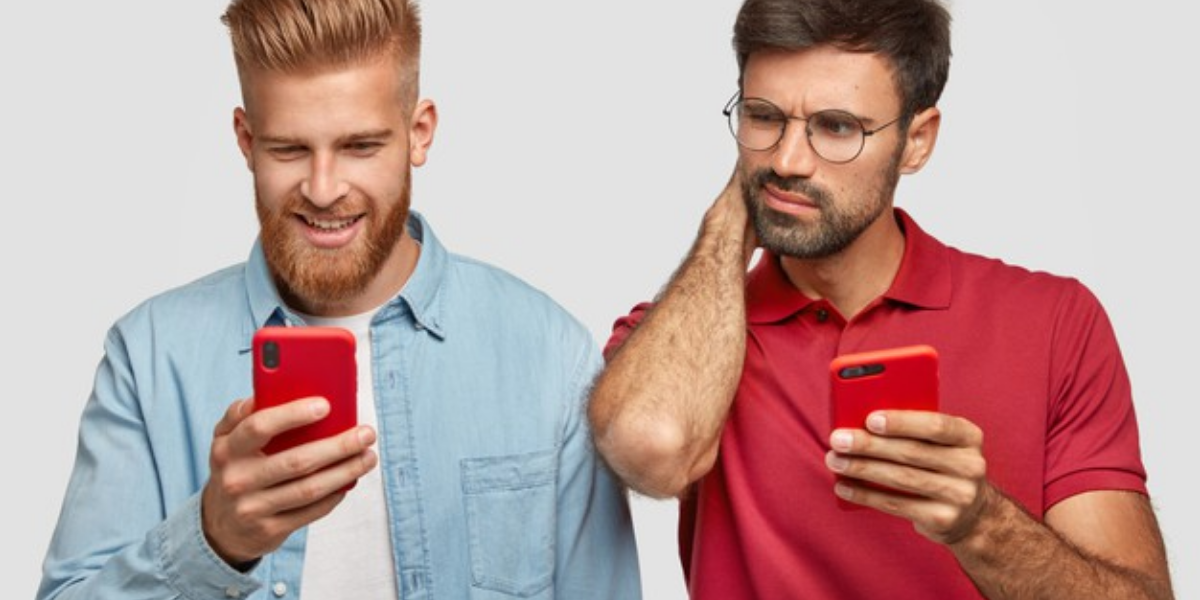 Social Media and Gaming – A way to connect with other people

The concept of socialization is changing, and online game enthusiasts are a part of changing this definition. They are using technology to rebuild friendships that are formed online and can stay connected for many years. If you survey the relationship among the online communities of popular online games, you will understand that they are rightly defined as ‘highly socially interactive’. When the lockdown started, there was not much to do for people. That is why people turned to the Internet when they would naturally socialize, and the virtual place allows anyone to participate. So, even the non-gamers connected with people and became active gamers. With a network of gamers, it becomes easier to know the other types of engagement rather than sticking to the video games. In this way, some found solving online puzzles or crosswords more interesting than video games. Going a step forward, it also has the opportunity quite substantially to earn while playing, so Social Media and Gaming do exist in adult life too!

The social and collaborative games online are emerging as the most loved games for kids. Options such as Roblox and Minecraft see a new demand altogether. Some researchers show that kids who share their experiences of playing with others are more inclined to help each other online and offline. It wouldn’t be wrong to say that video games are improving altruistic and empathetic behaviors in kids. The games are also designed in a way that can help imbibe these qualities. The other side is with more online games, kids are getting exposed to different people of different cultures, especially when socializing face to face has almost come to a halt. Online multiplayer games are seemingly the only place where kids can expand their friend base.

While it seems to many that online gaming is all about sitting on the couch and delivering time into baseless entertainment, with options such as Wealth Words, people could turn the time into a social lifeline. TV and Netflix are all good, but it does not provide any interaction between people. The pandemic showed how it could create a strong sense of isolation and be very strenuous for everyone, regardless & irrespective of age and gender. Gaming seriously helped many people take care of their mental health because it became more than entertainment. The online crossword and puzzles require certain skills and capabilities & when you complete a game on Wealth Words, it will boost your confidence and help you earn.

Participants from all across the globe take part in these collaborative online games. Interestingly, these communities do not just speak about the game but go beyond their regular interest to explore things and cultures from another land. For instance, when you are playing with somebody from Brazil or New York where you can converse with them about football or the social conditions or a central Perk Cafe where friends hang out!

Keeping an open mind that can provide guidance and support is very important, especially during isolation. But in all fairness, we live in a time where the younger generation is more accustomed to technology than the elders. So if your kid is showing new and interesting online games, do not just wave it off. Whether it is something of your interest or not, taking a sneak peek of the game wouldn’t be too bad after all!

Online games cannot replace physical games, but you cannot ignore the benefits associated with them. Just as how the games can help in relaxing through a fun time while getting rid of loneliness, it has another positive impact. Online games such as Wealth Words are one of the best & legitimate ways to earn some extra income. When the adults are involved in playing, what better incentive can they have if they can turn their leisure time into earning? Every adult, somewhere deep down, hopes for a second source of income, and if it is possible while you are playing, there’s nothing like it. Given the economic condition all across the globe, maintaining healthy finance is the utmost priority. Whatever hobbies or future goals you have can be achieved faster if you have your financial health in control. Passive income from online games does not require the same amount of effort and involvement as your active work, but you can use your leisure time with much less dedication. The good news is if you are a gamer, the chances can get higher with Wealth Words. It is possible to earn some extra money through quick picks – the instant crossword puzzle games, which are all about efficiency and accuracy.

When you think of earning a passive income through online games, there will be several questions popping up and understandably, the first thing to keep in mind is if it is safe. None of us are new to the concept of cybercrime, and if you are not playing through secured websites, there can be severe consequences. But when there is an option like Wealth Words where you can invest skills of word and puzzle-solving and earn, you can be rest assured that it is a legitimate way for earning. The more we age, we understand that time is precious, but considering we all have some aspirations from life, strong financial support becomes essential. Not just to support your hobbies but there can be emergencies which can call for sudden demand of cash. Creating a passive income stream initially might seem difficult, but in the age of the Internet and online gaming, it is indeed one of the easiest ways to look for an alternative flow of money.

Any amount of passive income is good, but you need to find the right channel when you want to generate a significant amount of money. Our life is following the active income credo. This means we earn based on the time that we work. But with online gaming, you are immediately opening yourself to a source of a second income.

Often enough, we hear parents saying that online games are not real and do not count as healthy communication. Recent research found that the messages sent through the online multiplayer game were not just task-oriented but also included social-emotional conversation. About 2.6 times more messages sent to the multiplayer who spoke social-emotional words were likely to be more positive than negative. So, contrary to what elders fear, online games are not always discouraging. Even the adults, who fear they might get addicted to these games, should understand these are a great way to bond with other people – the people who are from far lands but share the same & common kind of interest. It is amazing to have a friend from another continent and with an entirely different cultural and economic background but connecting over your interest and understanding. Those relationships can stay beyond your physical friendships. There is evidence that suggests that video games are a safe place for vulnerable people who have Autism spectrum disorders or with insecure attachment styles, social anxiety, or depressive symptoms. The individuals feel safe because there is no pressure to respond immediately and does not require being in the same physical space as others. Successful conversations include understanding the tone of voice, the body language, making eye contact, or rapidly processing information and responding to it. None of these skills are required for online players. In the long run, it helps to build skill and confidence for the person who initially thought himself unfit for friendship. In an age when it is potentially dangerous to go out and sit with a group of friends, online games have opened up a vista for conversations and discussions that has their kind of people. Spending time with online friends, gamers of any age can practically be living free of depression, anxiety, and stress. Besides managing the lockdown effectively, online gaming opens up a world with everlasting companionship that is rare in the real world.