The fascinating history of crossword puzzles dates back to some 100 years when John Arthur Wynne created a word revolution by publishing the very first crossword puzzle in December 1913 in the New York World newspaper.

In fact, the buzz that initiated that day just doesn’t seem to stop and why would it?

After all, crossword puzzles are so intriguing and enticing, aren’t they? 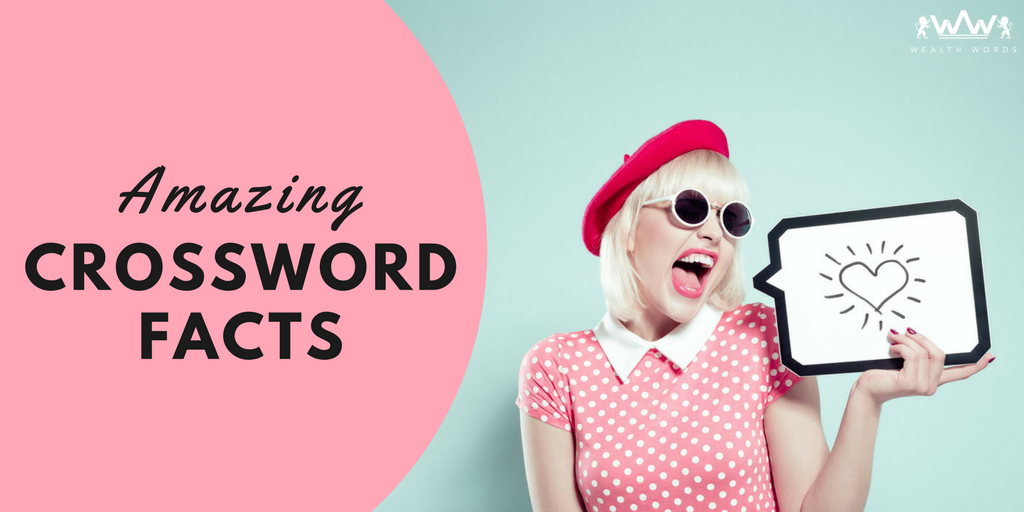 The way it makes way for new and interesting words through a plethora of clues and cues is undeniably addictive.

Well, there is a reason crossword enthusiasts are head over heels in love with this oh-so-awesome word puzzle!

So, are you a crossword lover too? Does its exciting world of words entice you a little too much?

Well, in that case, knowing about some of the amazing crossword facts is going to entice you a little more.

Eager to know more about the interesting facts related to your favorite puzzle? Take a look!

1) Are you a “cruciverbalist”?

Okay, no need of getting a panic attack on seeing this word.

No, it isn’t related to rocket science. All it means is a crossword aficionado.

Now, that’s a totally cool name for the crossword lovers out here! So, tell me, are you a “cruciverbalist”? I surely am one!

2) Crosswords were banned once

Well, yes! It might sound heartbreaking but, during the Second World War, playing crosswords was banned in Paris to avoid the transformation of any secret messages to enemies in the form of these intriguing word puzzles.

You see, how savage crosswords were considered? Well, that’s the charm of this amazing word game!

3)  Say hello to the largest crossword ever

4) Willing to ‘Scrabble’ around?

Well, Scrabble is also a very popular game that was designed on the rules and principles of a crossword puzzle by an architect named Alfred Mosher Butts.

It was basically a board game which surely was a great source of entertainment at that time.

5) The record of the fastest crossword completion

Being a crossword lover, you must be aware of the instant gratification that solving a word finder game brings along, right?

Moreover, if you do this in record time, the satisfaction is surely going to go a notch higher.

And, that’s what exactly happened in the year 1996 with Stanley Newman who solved it in a record time of a mere 2 min and 14 seconds.

Can you believe that? Well, he surely deserves every bit of applaud for setting the crossword standards so high.

These are a few of the many interesting crossword facts that you came to know today.

There surely are more amazing facts willing to come out of the crossword world.

So, if you know any of it, do let me know in the comment section below.

Meanwhile, I will play a game of crossword and unleash my inner wordsmith.

By the way, did I tell you the word puzzle games have gone online too?

Yes, a plethora of online crosswords has emerged with the growth of technology which can be accessed just through a click and play games for real money all day long and while helping you relax and rejuvenate instantly.

Isn’t that awesome news? Well, thank me later! Let me get lost in its impeccable world now.